Still plugging away at my 40K project the wastelands board is pretty much done though I have now added a ruined Imperial chapel. The chapel is another Amera piece though unlike the other pieces this one was a kit that needed to be built I decided not to cut all the windows out but paint them up to look like stained glass with imperial icons. I also added in a ruined staircase from pink foam off cuts to allow access to the ruined second floor. 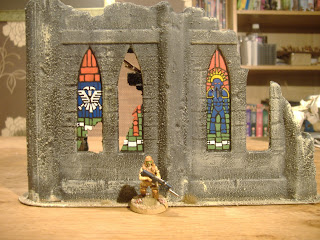 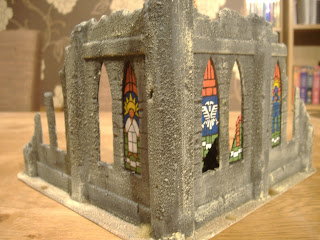 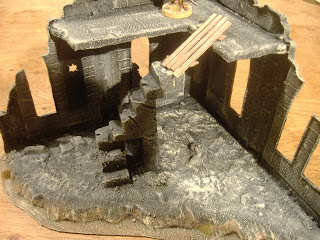 I've also been working on some opposition for my IG droop troopers...... Chaos. I wanted some chaos cultists for my army now the new plastic cultists from GW are nice (in fact I plan to convert some into mutants) but I wanted something different for my chaos army. I managed to score a cheap box of WFB empire flagellants and used these as the basis for my cultists with various bits from bits box. Below are the first test pieces which I liked so much I'm building some more. 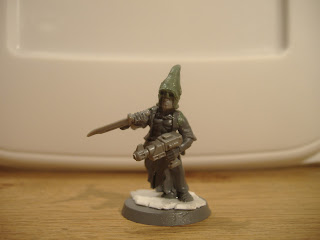 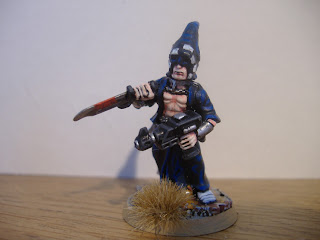 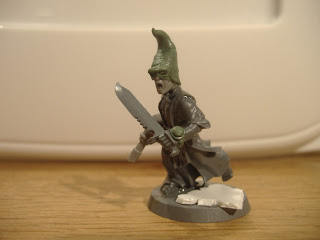 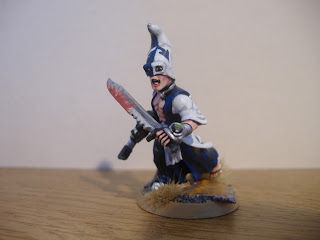 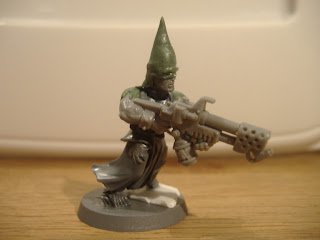 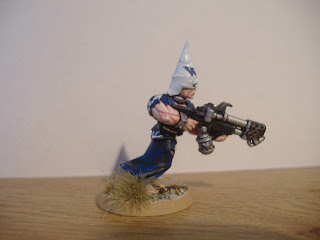 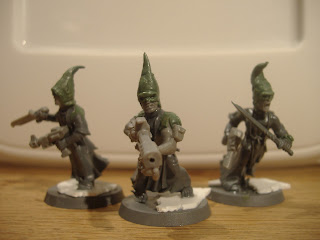 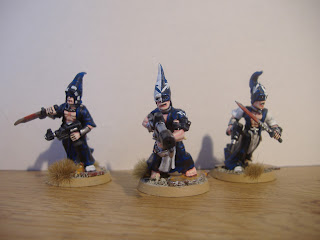