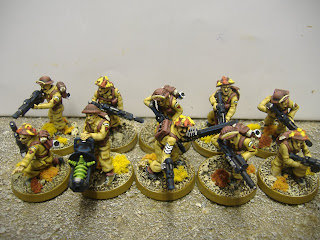 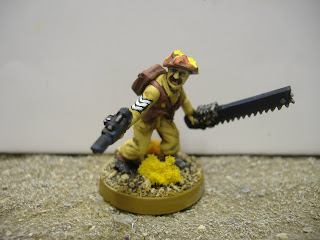 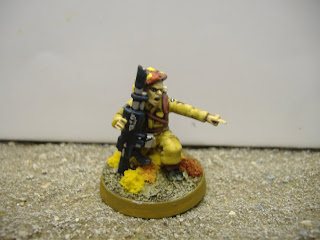 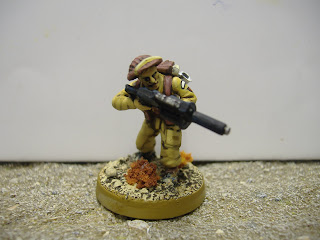 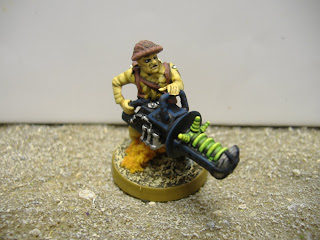 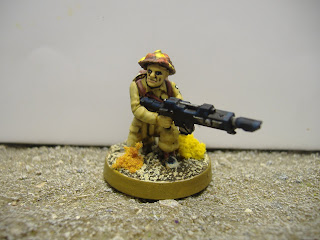 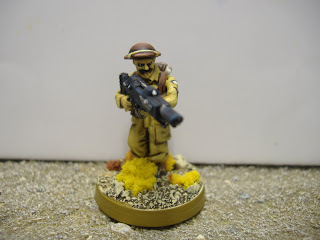 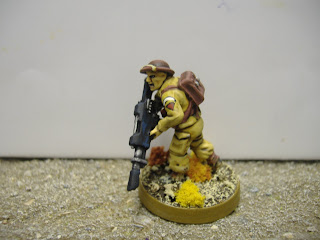 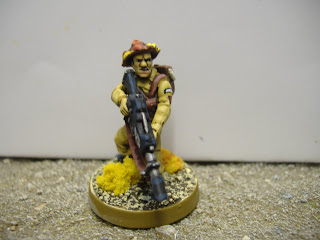 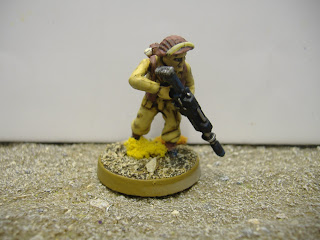 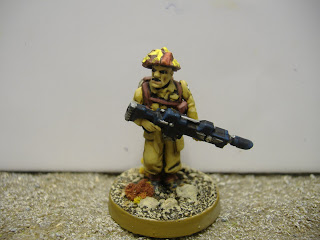 Finished these guys last night. Basically I wanted to do some Imperial Guard for 1st edition 40K the original 80s ones where a bit expensive on ebay .....the new GW ones where a bit expensive to. I did come across someone selling some Cheap Warlord games 28mm plastic British infantry on the sprue which gave me the inspiration for these guys. This is the test unit painted up and I think they work quite well.

The Warlord games weapons supplied were way to small for 40K (ie were in actual scale) so a raid of my bitz box furnished me with dozens of IG las-guns from past projects as well as numerous pistols and chainsaws. What I didn't have was any heavy weapons in the end I bought a pack each of Maxmini resin tesla cannons and grenade launchers. This gave me enough heavy weapons for a IG platoon in the 1st edition IG army lists. The Tesla cannons are going to proxy as conversion beamers.

Minimum units in a IG army for 1st edition is four tactical squads (10 men and 2 heavy weapons) plus a command section (5 men and 2 heavy weapons) an officer and commissar this comes to about 1100 pts. I want to keep my forces down to 1000pts though so I'm dropping a tactical squad (200pts for 10 guardsmen) and throwing in a ratling sniper squad to make up the points.

This means I need 35 guardsmen happily a box of warlord games plastic British has 25 miniatures which works out very well I'm toying with getting the commando box as I can then have some heads with berets as well as helmets. 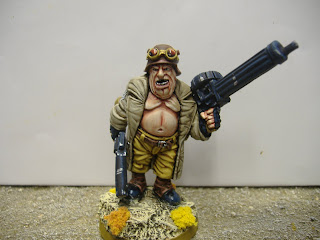 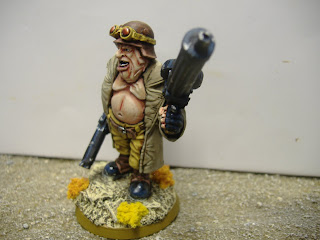 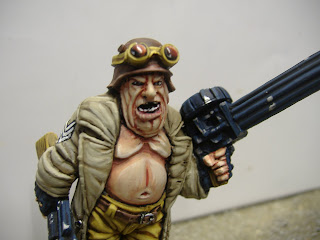 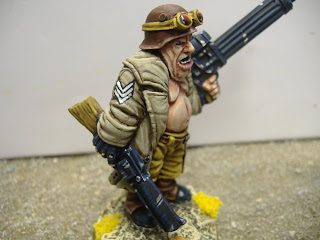 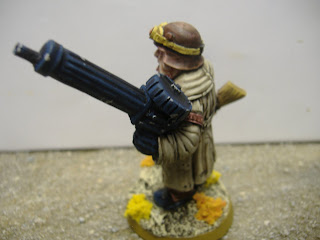 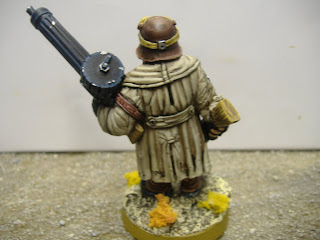 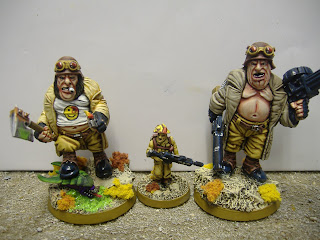 Just a few pictures of the second Scibor space ogre I picked up cheap on ebay. This guy in the sergeant or bonehead armed with a ripper gun. The shotgun is from the first space ogre model, who got an axe instead and replaces the powerfist this miniature should have had. The bottom picture gives some scale perspective. 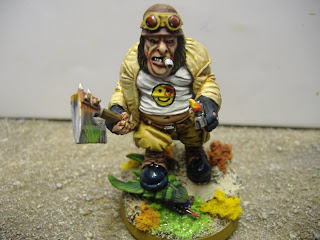 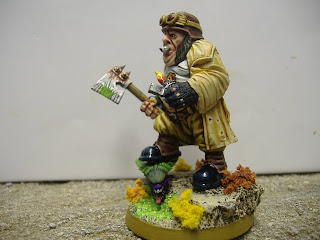 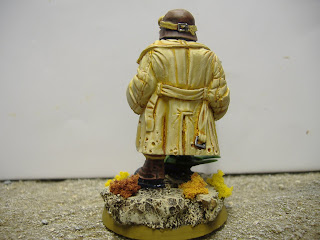 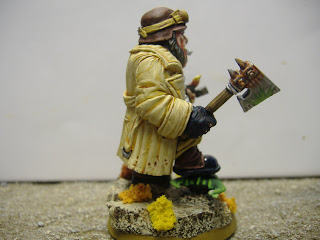 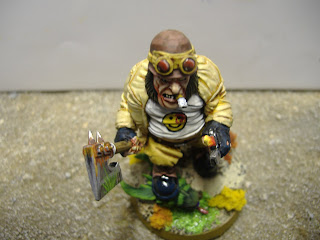 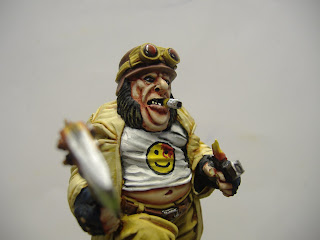 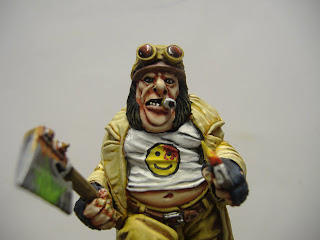 Well it's been very quiet on here for a few months as I've been totally caught up in my post apocalyptic project (which if your interested you can see on my specific post apoc blog here http://jonswargames.blogspot.co.uk/).

In the mean time I've been toying with the idea of building some small forces for 1st edition 40k again. I'm thinking of doing 1000pts vehicle light forces which seem to work best in Rogue trader. First up is an ogryn of the Imperial Guard I picked up cheap on ebay. Made by a company called Scibor

This is a resin miniature that I converted the top picture is the original version. I wanted him to be a bit different (not to mention only boneheads carry guns in first edition) so I chopped of his leg and rebuilt it with green stuff so it could stand on an alien head. I also rebuilt an alternative hand with green stuff and a spare ork axe to replace the gun.

Painting wise I went for a white undercoat and used washes and highlights which worked well ....I think.