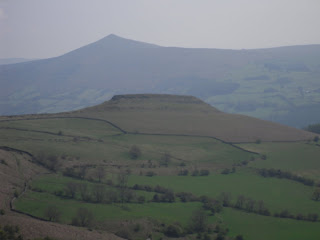 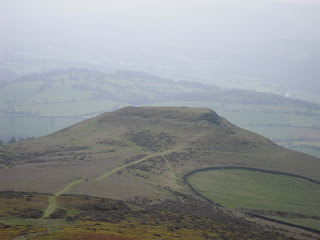 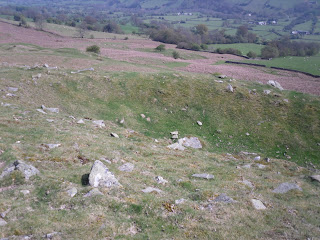 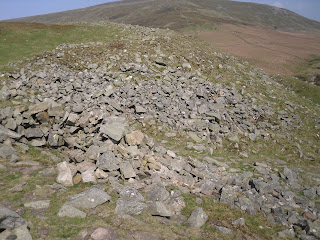 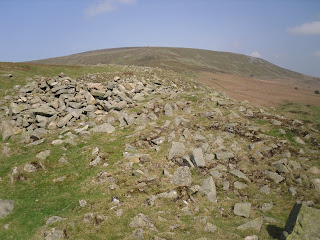 Well I'm back from a very relaxing week in the Black mountains in Wales. As well as being a great holiday I've come back with lots of interesting hobby ideas. The Black mountains are on the Welsh/English border and as such must have one of the largest concentrations of fortifications anywhere in the UK.

My favorite was Crug Hywel (Hywel's fort) an Iron age hill fort. The surrounding ditch, remains of the stone walls and entrance way are all clearly visible. Despite not being the tallest hill around the views are stunning. As a defensive position it would have been a real bastard to attack. having climbed to the top I was in no condition to do anything other than breath heavily let alone swing a sword or climb over a stone wall bristling with angry Welshmen.

One thing I did think while I was clambering over Welsh hill tops (well other than "Christ my legs are killing me") was how often our wargames scenery doesn't really represents real world scenery. It's never any easy thing to reconcile, I could build the scenery around Crug hywel given enough time but it probably be almost unplayable in a wargame, on the other hand just sticking a hill on a flat table to represent the hill fort really wouldn't capture the feel of welsh
countryside.

There was quite a few Roman sites in the same area too all of which has kindle my interest in finishing the British and Roman armies I started last year but never finished. The arrival of Warlord games Hail Caesar! has also caught my eye. 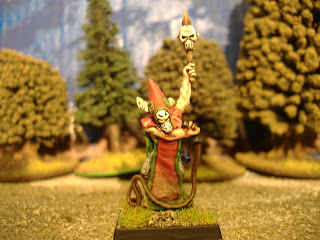 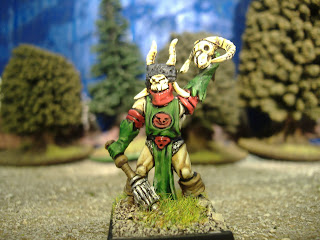 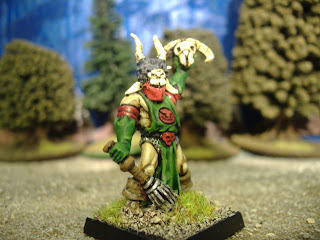 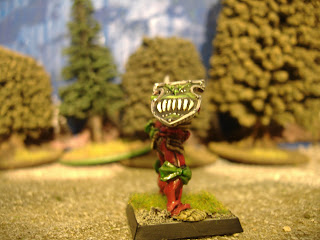 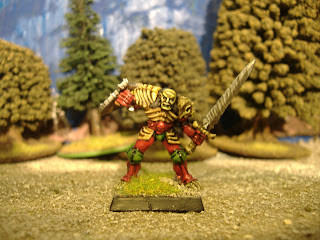 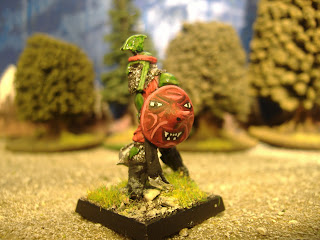 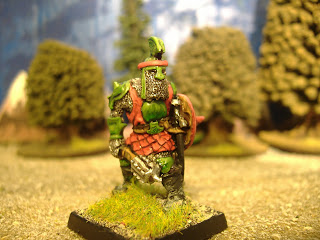 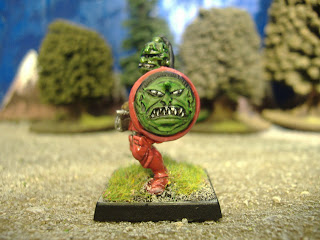 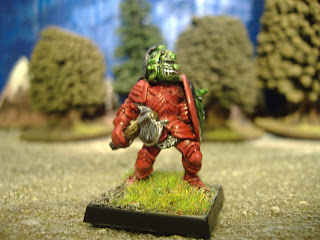 Well 2011 is so far proving to be pretty poor on the hobby front. I haven't managed to paint much since my last post. A couple of extra 80s chaos warriors (bottom 2) a chaos warrior from the 90s (middle pictures).

Also managed to paint up an old Runequest Broo from the early 80s as a beastman Shaman and an early 80s citadel evil cleric as a chaos sorcerer (top pictures).

I'm now off for a week long family holiday in Wales followed by a visit from the in-laws over Easter which means another two weeks of no hobby time Ho-Hum.