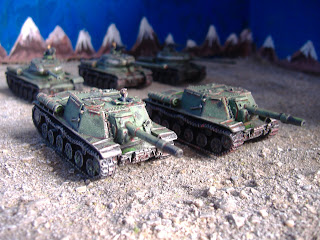 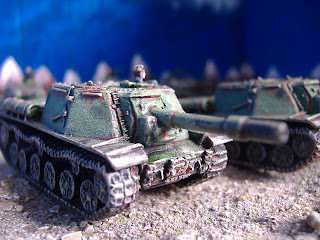 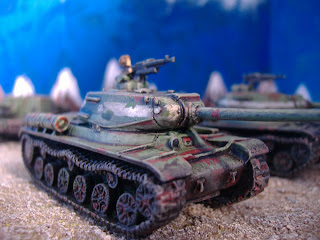 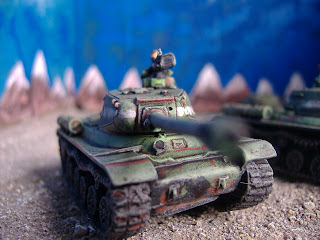 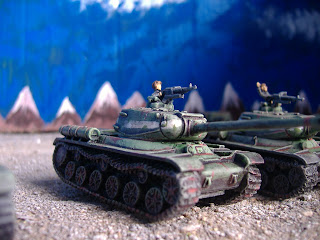 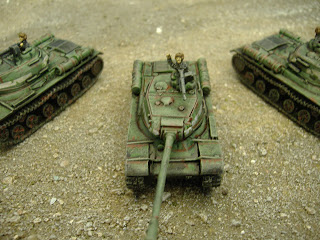 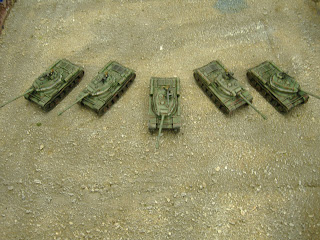 Well it was my birthday last month as well as a copy of the Hail Caesar ancients rules and a copy of the foundry Central Africa book I received a nice little windfall of birthday cash.

While I was deciding what to do with my money I popped down to my local Hobby Craft to pick up some modeling supplies. Well it just so happens hobby craft had dumped all their Flames of War (FOW) stuff in the sale bin. A little while later I emerged with a bucket load of Soviet and American kit (weirdly all the German stuff had already been bought), a load of books and a starter rule set.

Anyway here are my first attempts at painting some 15mm WW2 5 soviet IS2 heavy tanks and 2 ISU152 heavy assault guns. I do like the distressed look to my tanks so these have had plenty of ink washes and dry brushing to try and make them look battle worn.

The FOW tanks are very nice models in resin with metal extras. I have to admit I wouldn't pay full price for them though and any reinforcements will come from else were (like QRF or the plastic soldier company)

I'm now painting up a FOW Soviet rifle battalion box set which I know is going to drive me nuts..... 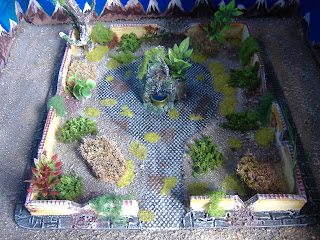 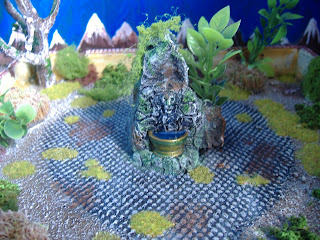 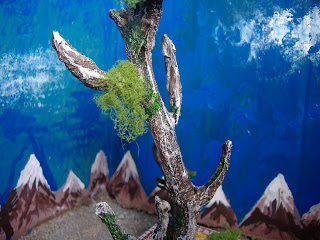 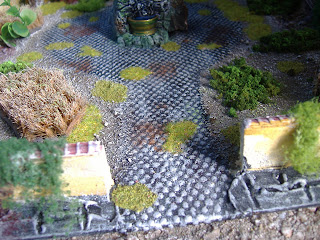 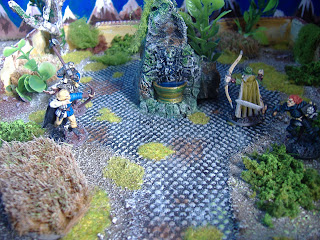 Another piece of Mordheim scenery. This time an overgrown public park Grunanlage Der Lowe (The lion Park) so named because of the lion fountain in the middle of the park (donated by a local noble returned from the Arabian crusades).

Quite a simple piece to build. A hardboard base with some walls made from foam core (suitably ruined) with a piece of my textured wallpaper to form a path. The fountain is a resin piece, from the ever present ebay, mounted on a piece of cork.

Lots of undergrowth from various railway scenics, door mat and aquarium plants. The dead tree is made from wire and toilet tissue to complete the look.