Playing 40K these days can be an expensive business so I was pretty happy when I scored a big lot of GW miniatures of ebay for £30. As well as all the plastics from the Dark vengeance box set I got a full set of  marines from Assault on Black reach so basically the core of three new armies. I was slightly less happy when I received them and saw the painting and modelling skills the previous owner had inflicted on them. So I broke out the Dettol stripped the miniatures and then went to town with modelling snips, sharp blade and plastic glue to make them presentable.

My son snagged the vanilla Marines for himself (pictures soon hopefully) and I wanted the chaos stuff for me (not much done to them other than the Hellbrute). That left the Dark Angels which I thought I would knock up into a useful force that my daughter could use when she wanted, as she does from time to time, to join daddy and big brother playing soldiers.

A recent trip to a wargames show allowed me to pick up some extra second hand bits on the bring buy stall to bring the army up to a 1000pts. Total cost of the army was

I didn't work to hard on the paint job base coat, army painter dip, a few rough and ready highlights, basing and army painter anti shine varnish. Any way here are a few pictures pretty happy with this little army especially the cost. 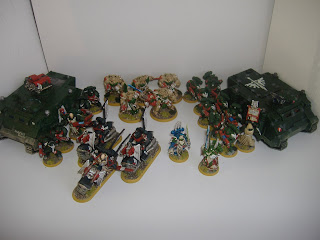 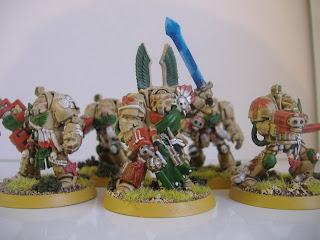 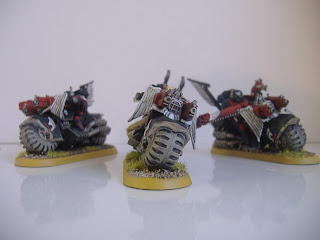 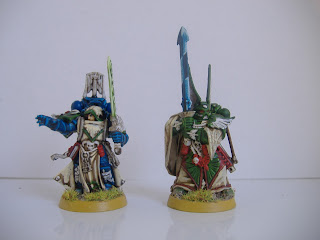 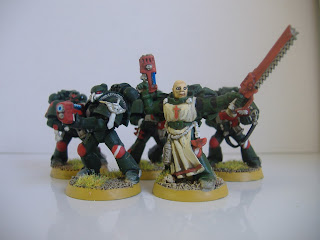 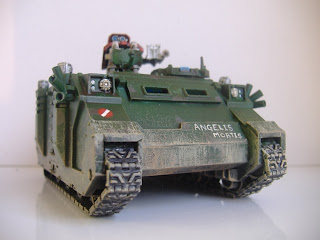 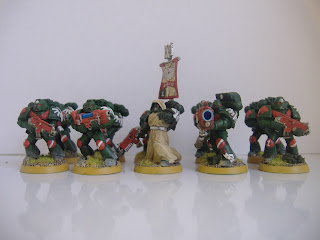 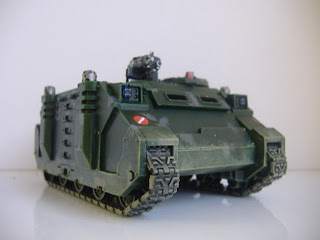